A NuGet PowerShell console has been available with the NuGet extensions addin since Xamarin Studio 5.0. Previously it used Pash, a cross-platform, open source reimplementation of PowerShell. Pash is no longer being actively developer on after Microsoft released PowerShell Core. The PowerShell support in Pash was incomplete, so whilst the NuGet commands, such as Install-Package, were supported, more complicated commands, such as those provided by Entity Framework Core, were not supported. Moving to PowerShell Core provides full PowerShell support, and with a partial implementation of the Visual Studio EnvDTE API, Entity Framework Core commands are now supported.

The following lists the new features compared with the Pash based PowerShell console.

The Visual Studio EnvDTE API is partially implemented. Whilst Entity Framework Core is supported other PowerShell scripts included with NuGet packages may not work.

Note that the other NuGet PowerShell commands are supported.

The NuGet extensions addin will not send usernames and passwords to the PowerShell Core host console application. .NET Core also does not support decrypting passwords stored in the NuGet.Config file.

The Find-Package and Get-Package commands all run completely within PowerShell hosted in the .NET Core console application.

The other commands work since they run partially within Visual for Mac where actions involving password protected NuGet package sources are supported. 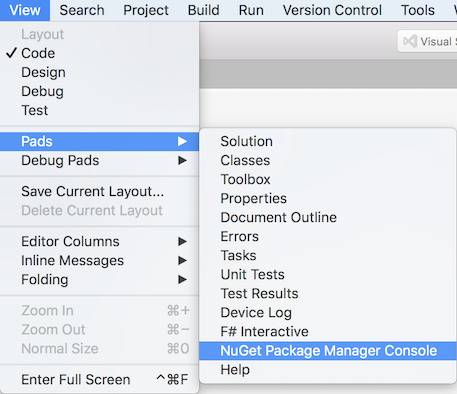 The PowerShell commands provided by the Microsoft.EntityFrameworkCore.Tools NuGet package are supported in .NET Core projects. 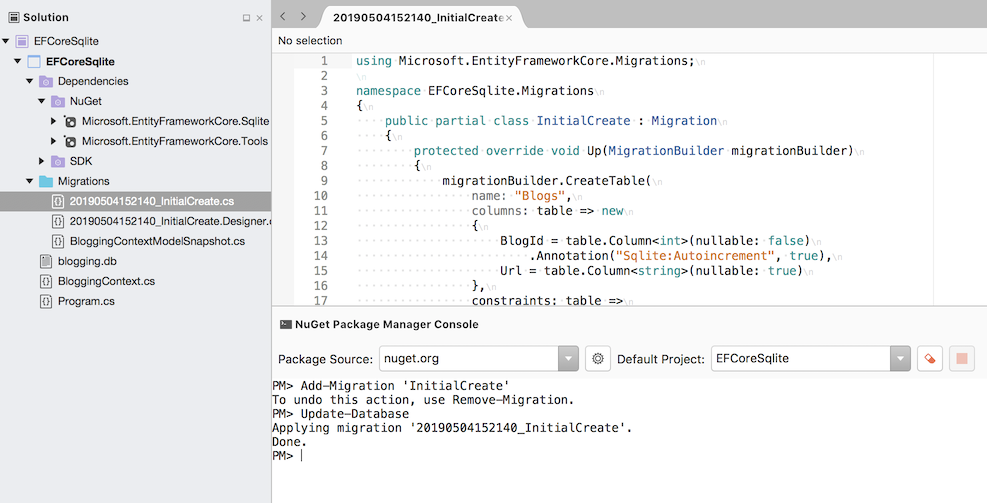 Pressing tab in the console window will try to auto-complete the command being typed in. 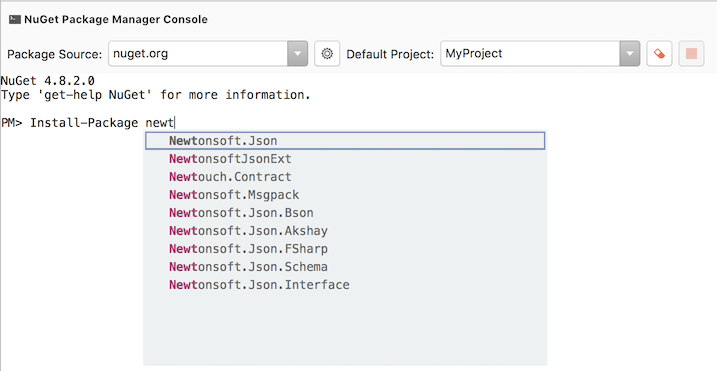 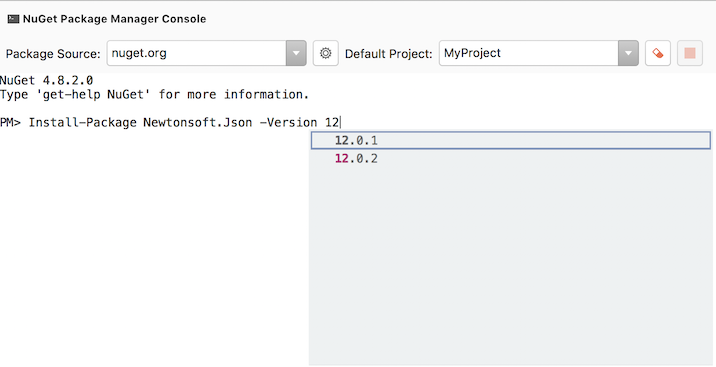 If there is only one match on pressing tab then the text will be inserted.

If there are multiple possible matches then a window will be displayed allowing an item to be selected by pressing Tab, Enter or Return. Typing with this completion list window open will filter the items in the list.

Stopping the PowerShell command being run

Clicking this button will attempt to stop the PowerShell command being run.

At the top of the NuGet Package Console window there is a cog icon after the list of package sources.

Clicking this cog icon will open the NuGet Package Sources configuration page which is also available from Preferences – NuGet – Sources.

The NuGet extensions addin is available from the Visual Studio for Mac extensions repository. To install the addin: