More information on all the new features and changes in Visual Studio for Mac 7.8 can be found in the release notes. 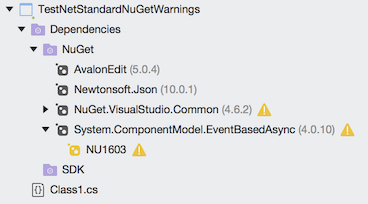 The diagnostic warnings are shown underneath the NuGet package with a warning icon. Hovering over the warning icon will show a tooltip. 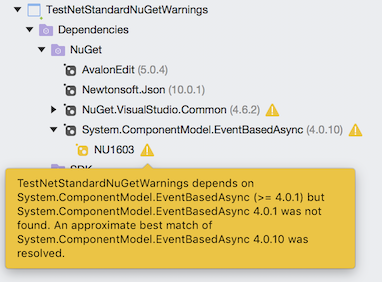 Projects that have multiple target frameworks now have all frameworks restored. 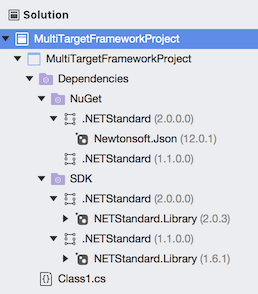 Previously only the first target framework would be restored.

Creating an xUnit .NET Core test project named ‘xunit’ fails to restore since there is a package reference cycle between the project and the xunit NuGet package. Whilst this reference cycle is reported it is hidden in the Package Console output and all you would see was a message indicating that the restore had failed. Now the error information is shown at the end of the Package Console as a summary of the failures to make it easier to see the problem.

Now for the xunit project you will see the following at the end of the Package Console output:

Using the GenerateRestoreGraphFile MSBuild target to determine package reference information when restoring has fixed this problem.

When Paket is used with an SDK style project it injects PackageReferences via the PaketRestore target from the Paket.Restore.targets file. Visual Studio for Mac was not using MSBuild to get the package reference information so PackageReferences defined by Paket were not being restored or made available.