More information on all the new features and changes in Visual Studio for Mac 7.1 can be found in the release notes.

The .NET Core 2.0 SDK needs to be installed separately.

If a project template supports multiple target frameworks, and the corresponding framework is available, then the New Project dialog will allow the framework to be selected before the project is created. 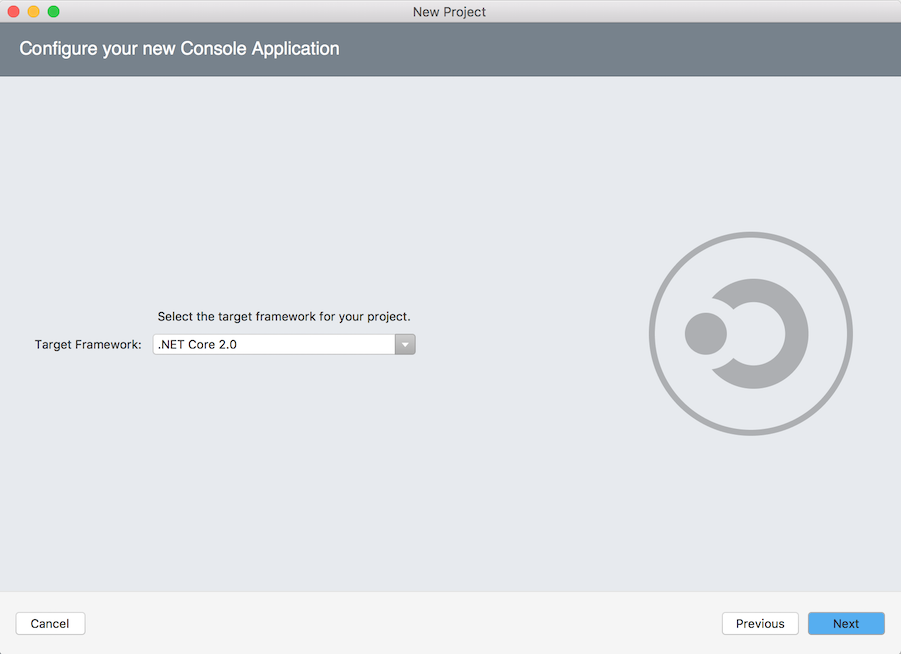 The following project templates have been added:

Some project templates do not support all the target framework versions. For example, the ASP.NET Core Web App (Razor Pages) only supports .NET Core 2.0, so this template will only be displayed if .NET Core 2.0 SDK is installed.

.NET Core Runtime and SDKs displayed in About Dialog

The About dialog will now display the .NET Core runtimes and SDKs that are installed on the local machine. 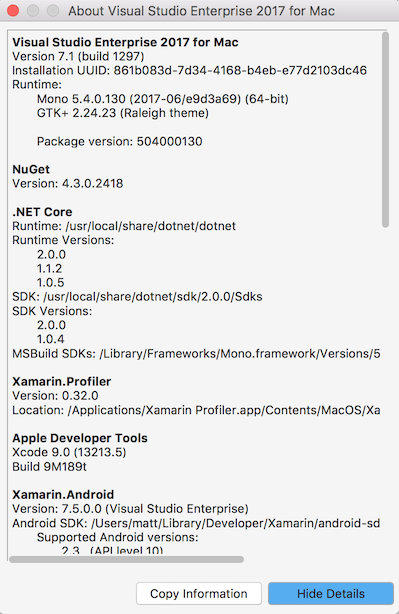 SDK style projects that target multiple frameworks can now be opened in Visual Studio for Mac 7.1 and will show source files as well as NuGet package dependencies.

The project will be treated as though it only has one target framework which is the first one specified in the TargetFrameworks property in the project file.

Please note that currently the support for multiple target frameworks is limited in comparison with Visual Studio on Windows.

If there was an empty directory inside the .NET Core SDK directory /usr/local/share/dotnet/sdk then it was not possible to run or debug an ASP.NET Core web project

If the .NET Core SDK MSBuild files were not found in the SDK directory then the project’s OutputType was not read and would result in the project being treated as a library project. This could also occur if only the .NET Core runtime is installed.

Adding a resx file to a .NET Core 1.x or .NET Standard 1.x project would result in code being generated that could not be compiled.

.NET Core 2.0 and .NET Standard 2.0 do not need to use GetTypeInfo so the code generated for these frameworks has not been changed.

Adding a new resource file to a .NET Core project would add the .resx file and the .Designer.cs file as Include items instead of an Update items.

This then caused the build to fail since these files are already included by the .NET Core SDK.